Mobile App for EcoDvor Charging Stations
Our stations enable you to turn on the electric heating of your car engine or charge your electric vehicle. Download our app and schedule a visit with an easy-to-use calendar. Fast charging stations are available. 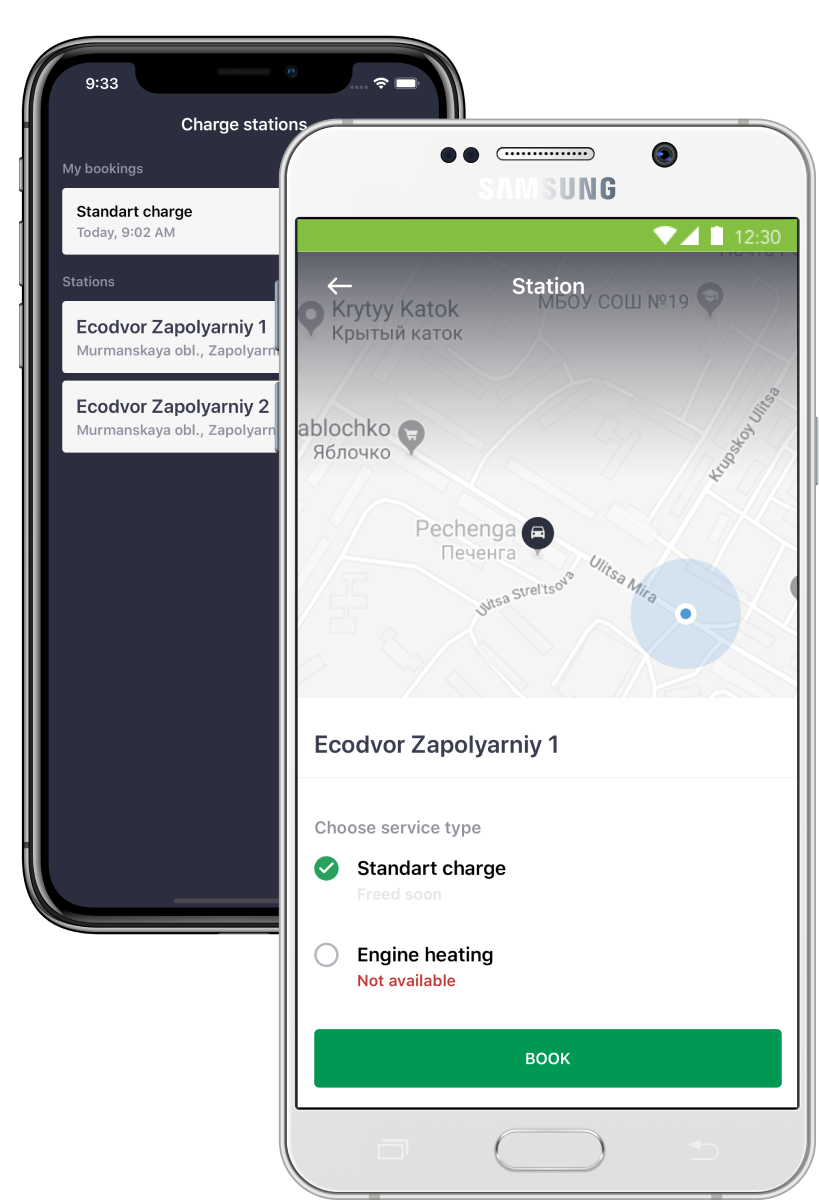 Easy to find
Our stations are deployed in several cities. Locate and navigate to the closest charging spot with our application. 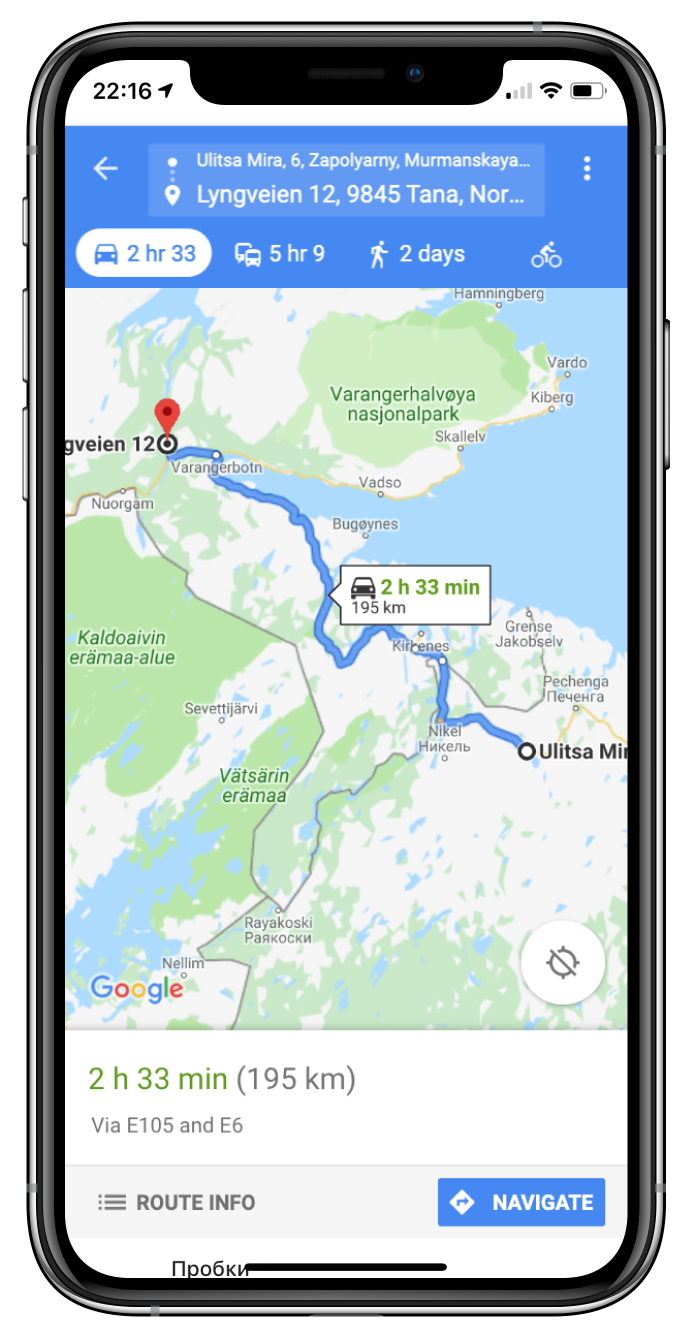 During winter, most car owners living in the High North do not turn off their car engines when parking to prevent them from freezing at low temperatures. This means that their engines are always on, spewing out exhaust fumes. The amount of emissions generated during the cold season by cars parked in an average residential yard may reach up to 13 tons.

Under this initiative, the University together with the Skolkovo Innovation Center designed a car heating system to be installed in yards. From now on, vehicles can be kept warm while parked, which helps reduce air pollution, extend engines life, and save money on fuel (up to 20,000 rubles per car per cold season).

As next step, a campaign was launched to promote the use of electric cars, and the deployment of a car chargers network was kicked off.

Project Milestones
22 February 2018
Launch of a pilot project in the City of Krasnoyarsk. The concept of reducing car emissions through electric heating presented.

27 February 2018
Background pollution measured by the University experts at selected sites adjacent to the pilot area.

February 2018
Pilot yard equipped with 58 chargers and a Strizh-type counters developed by a Skolkovo resident company.

37 residents of the pilot area installed Severs-M liquid heaters in their cars.

40 minutes before getting in the car, a user switches heating on via the app. Engine warms up thus avoiding a cold start. This helps save fuel and extend the engine and transmission life.

2 April 2018
Pre-launch test run of the system with 20 chargers connected to the network.

20 April 2018
Pilot project wrapped up, with its findings and outcomes presented to the Krasnoyarsk City Hall.

February 2019
Decision made to upgrade the project by adding to the EcoDvor stations the functionality to charge electric vehicles.

April 2019
City of Zapolyarny selected as a pilot area for testing the electric cars charging feature of the system. The city is located near the Norwegian border, which makes it is the first stop for tourists headed to the North Pole.

The project implemented as part of the Russia-Norway Arctic Electric Roadinitiative.

May 2019
According to measurements, EcoDvor prevented the emission of some 13.6 tons of carbon dioxide in just one yard.

The above estimate is based on data relating to emissions by cars parked with their engines on, which is common practice in the High North during the cold season (October to March).

June 2019
As part of the pilot project, agreement with the Pechenga Hotel reached on deploying charging and heating stations at the central square of the city. 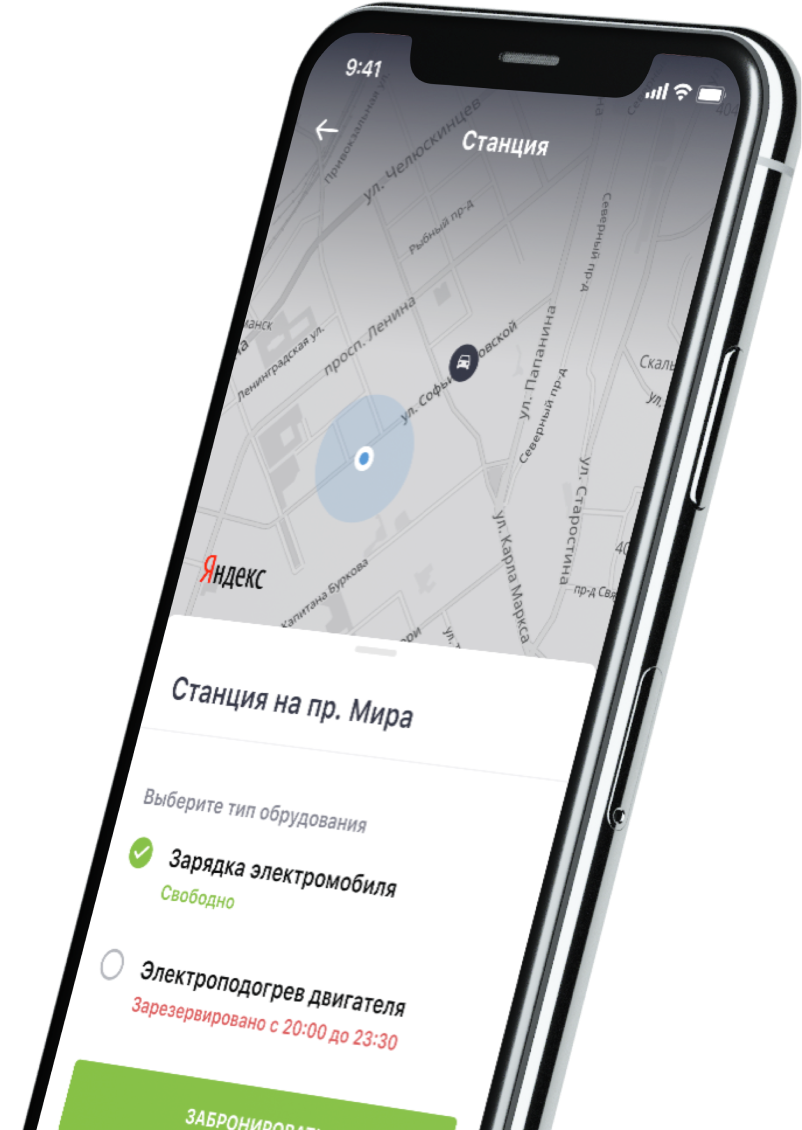